What is an Economizer and How Does it Improve Efficiency?

In industries like commercial and industrial HVAC, there’s an understandably massive focus on innovations aimed at improving efficiency. Billions of dollars are spent every year on research and development to drive down operating costs without compromising on performance. Doing more with less is the name of the game, and included among the measures intended to do so is the economizer.

Like much of the equipment we’ve covered on the Super Blog, economizers meet the definition of “well-named equipment.” Distributors distribute, condensers condense, and economizers economize - they aim to improve energy economy.

For all intents and purposes, an economizer is simply a heat exchanger, the names and appearances of which vary by industry and function. Today, we’ll focus on economizers used in commercial HVAC and commercial/industrial boilers.

In commercial heating and air conditioning, economizers are often found as part of a building’s rooftop units (RTUs), like the ones pictured below. 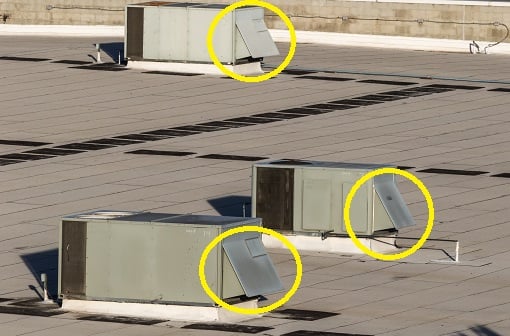 Those hoods circled in yellow house the RTUs’ economizers. There are two primary functions of economizers in HVAC:

There are other benefits associated with each of these as well, which we cover below, but reduced operating costs and improved air flow are the big ones.

How do HVAC economizers improve efficiency and ventilation?

For a comparison, let’s say you work in an office tower. It’s 58°F outside, but between the sun beating down on your office window and 45 of your nearby colleagues radiating at around 100°F, it can get a little toasty. Rather than turn down the thermostat, you decide to crack a window to get some fresh air and cool your office down. That’s pretty much the idea behind free cooling. 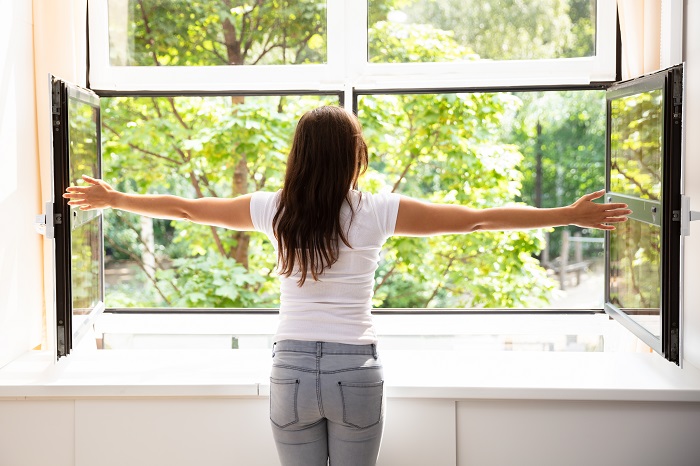 To allow for the intake of outside air, the typical economizer is outfitted with some type of baffles that open when free cooling is viable and stay shut otherwise. These baffles can be controlled a few different ways, one of which is barometric, where the dampers open when the pressure differential between the inside and outside area falls within a certain range.

A secondary benefit of free cooling in commercial HVAC systems is longer equipment life due to the fact they spend less time running.

Increasing efficiency is a primary goal of virtually all industrial processes, and several methods and systems exist to do so. In boiler systems, for example, economizers perform this function.

Their role is to capture heat from its exhaust stream that would otherwise be released into the atmosphere. By capturing and using this heat, less fuel is used. The heat can also be routed elsewhere in your facility for things like hot water and other tasks – a process called cogeneration.

Economizers used in industrial applications – let’s stick with the boiler application as an example – are essentially heat exchangers. These exchangers can be constructed using designs including:

Why should I consider an economizer for my application?

It’s simple – they save money. Let’s say your boiler is running between 82% and 85% efficiency, which is fairly typical. A standard economizer can bring that closer to 85-88%. Specialty equipment like condensing economizers can go even higher, capable of efficiency ratings as high as 94%.

These gains often mean that economizers pay for themselves fairly soon after installation, but they come with up-front cost, which can give some organizations pause.

In our opinion, economizers are a no-brainer, but we understand that it’s not an easy decision for everyone. To offset cost concerns and encourage economizer adoption, several state governments have developed incentive programs to strengthen the case for adoption.

The State of California and its energy producers, for example, offer a bevy of incentives for increasing boiler efficiency. PG & E’s catalog of incentives and rebates is one such example. Additionally, the table below outlines SoCalGas's rebate tiers.

Fuel prices can also be a catalyst for change. Higher fuel prices may lead more folks to seek a way to offset those increased costs by making improvements to efficiency.

Think your system could benefit from an economizer? Give us a call today. We’re efficiency experts and we’re here to help get you the answers you need.