What is a refrigerant distributor and what does it do?

In a refrigeration circuit, the evaporator coil plays a critical role. Part of its responsibility is creating the controlled pressure drop necessary for the refrigerant to change phase, the bulk of which occurs via the system’s metering device, such as a thermostatic expansion valve (TXV).

What is a distributor?

Without a distributor, i.e. with just a standard header, two-phase flow is much more difficult to obtain in a multi-circuit evaporator, resulting in uneven distribution and inadequate, if any, saturation.

There are a few different shapes and types of distributors, but orifice distributors are common, resembling a showerhead, like the one pictured below. 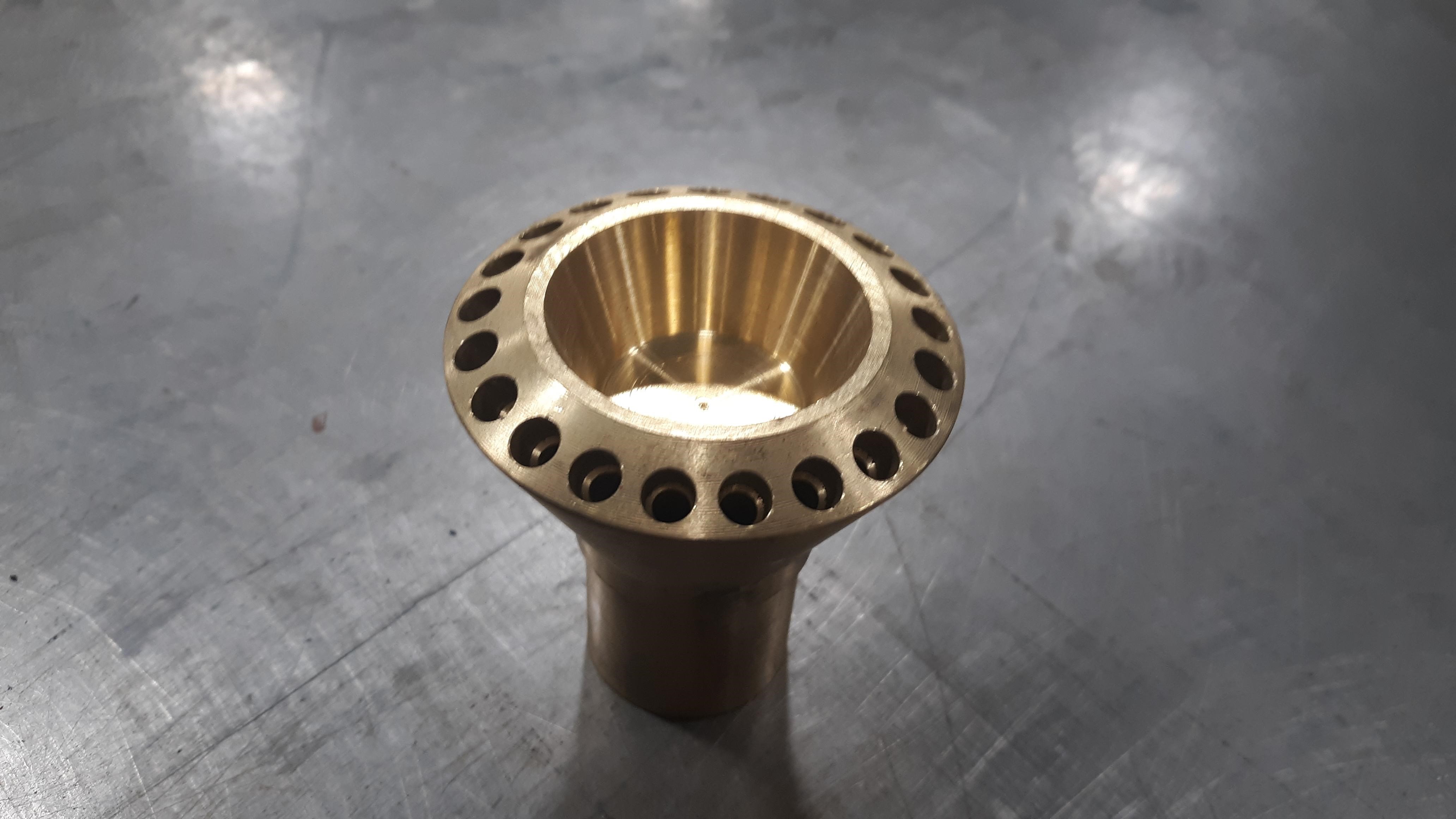 However, where a showerhead controls and directs the flow of water, distributors do so for refrigerants. As its name implies, an orifice distributor works by controlling refrigerant flow via a small hole. In the cutaway below you can see the internal structure of the distributor. The groove near the bottom is where the disk with the nozzle is inserted, which is sized according to the desired flow velocity of the refrigerant as it enters the distributor leads. 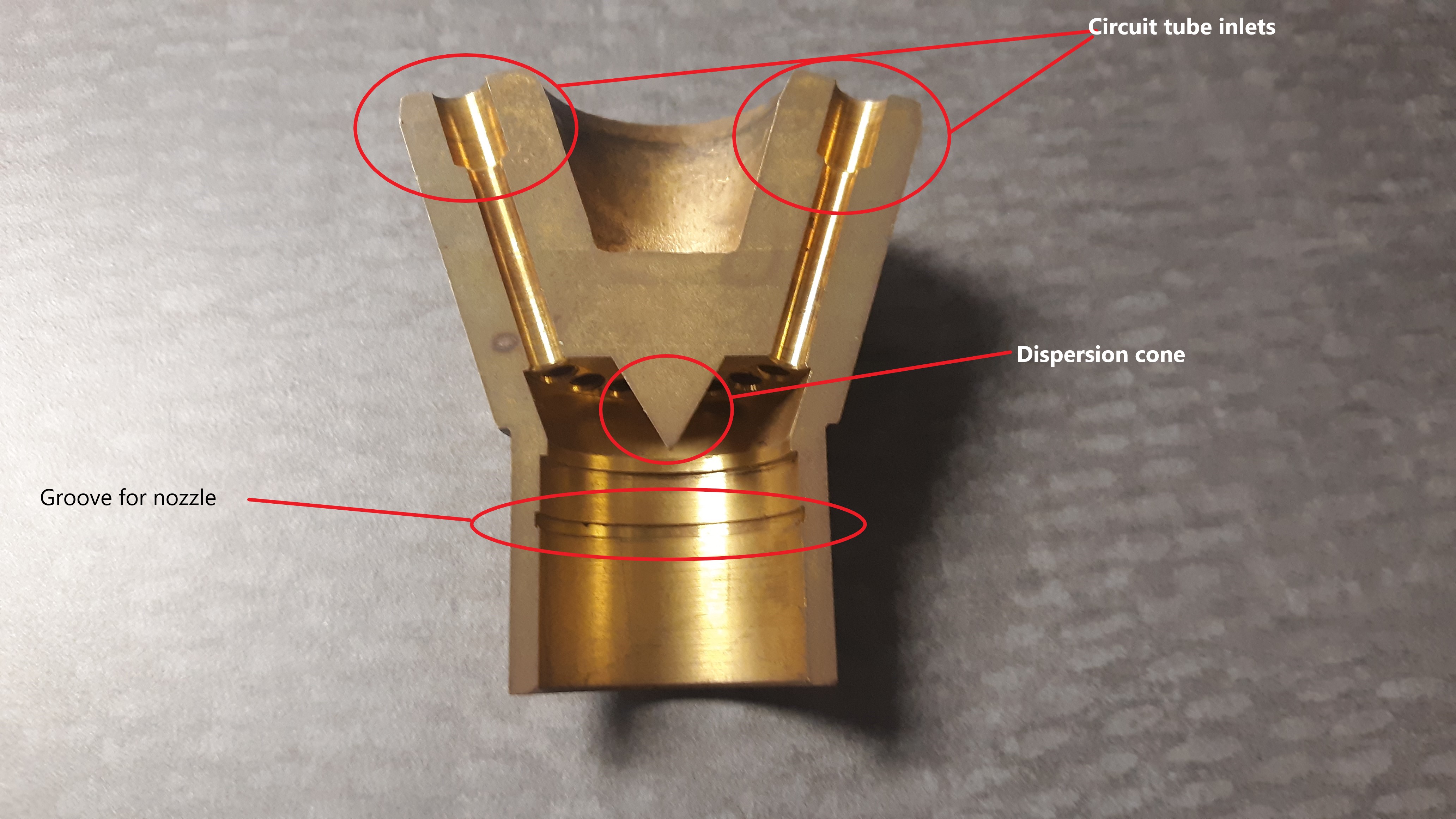 The second type of distributor is what’s known as Venturi distributors, named after Giovanni Venturi, discoverer of the Venturi effect, which describes the pressure reduction that occurs as a fluid flows through a narrower section of a tube, illustrated below.

Rather than operating via pressure drop, Venturi distributors function based on – you guessed it – the Venturi effect. Instead of a sharp-edged orifice, Venturis have a tapered throat, the size of which is determined based on the number of circuits in the coil. These nozzles must be sized correctly at the time of fabrication, and cannot be adjusted after the fact. 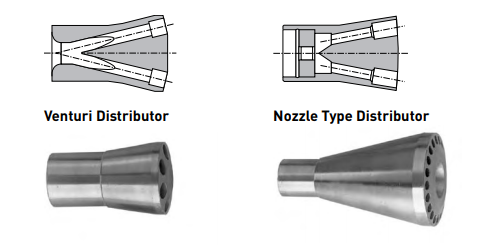 There are several possible installation positions for distributors, and the decision of where to put the connections depends on things like the amount of space available as well application-specific performance considerations.

One positioning is vertical, as shown in the first photo below. The vertical positioning has the added benefit of gravity, which contributes to some improvement in efficiency, but many applications dictate alternative connection locations, like the subsequent photos. 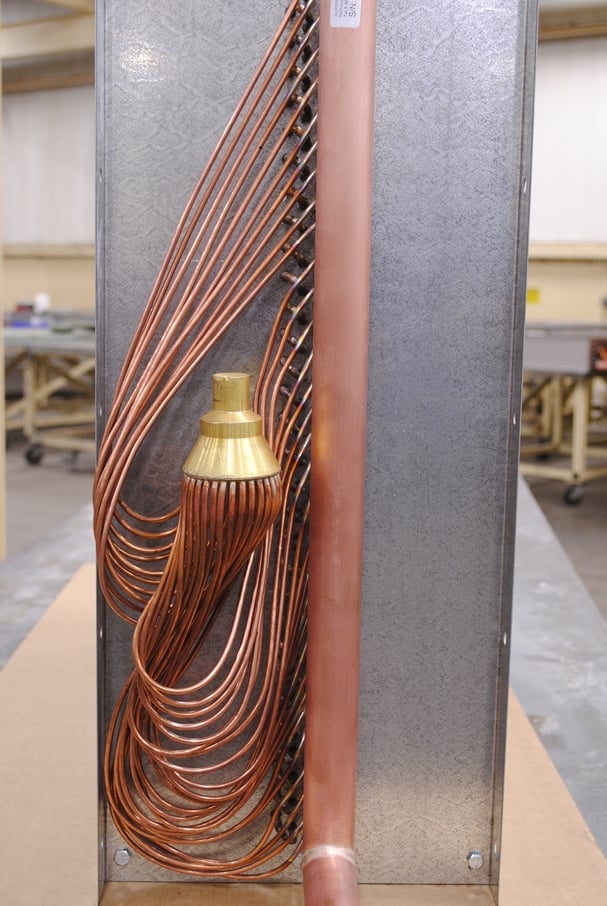 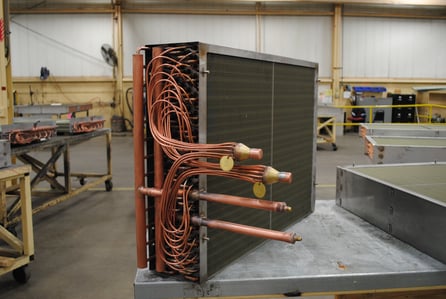 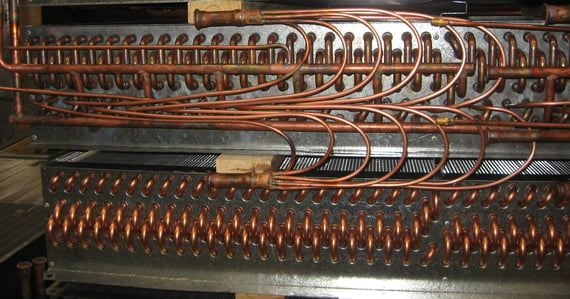 Nozzle selection is one of the most critical elements of designing a distributor. The nozzle controls flow rate, and a properly sized nozzle is vital for accurately meeting the pressure drop requirements of the evaporator assembly.

If your nozzle creates a hole that’s too large, the result is insufficient velocity, and two-phase flow will not be achieved. An undersized nozzle will result in excessive pressure drop through the distributor, which will reduce system capacity and efficiency.

Proper nozzle selection is a vital – and sometimes overlooked – part of any good system, and a number of resources exist to help make sure you choose the right one, such as this PDF from Sporlan, a leading distributor manufacturer.

If you’d like to know more about distributors, give one of our engineers a call and let’s talk. We’re here to help.

Don’t get left out in the cold when it comes to heat transfer information. To stay up to date on a variety of topics on the subject, subscribe to our blog and follow us on LinkedIn, Twitter, and YouTube.