In plate fin heat exchangers, the fins themselves play a critical role. They provide the extended surface area needed to achieve effective heat transfer between a gas on the finside and a fluid on the tubeside.

Fins are typically made from aluminum, copper, or steel alloys. In order to increase the heat transfer effectiveness of the fins they can be configured in a variety of different shapes, known as enhancements.

The concept behind all fin enhancements is to improve heat transfer performance via air turbulence and increased surface area, but they all differ in efficacy with regard to a few important considerations.

When weighing fin enhancements, it may be helpful to think of them as part of a spectrum. Like many of the rules of physics, there are tradeoffs, so we’ve developed an array of these enhancements. The types of fins below fall somewhere between poor and excellent in the following areas: fouling and cleanability, heat transfer effectiveness, and durability. This post will evaluate the following fin enhancements on those criteria: 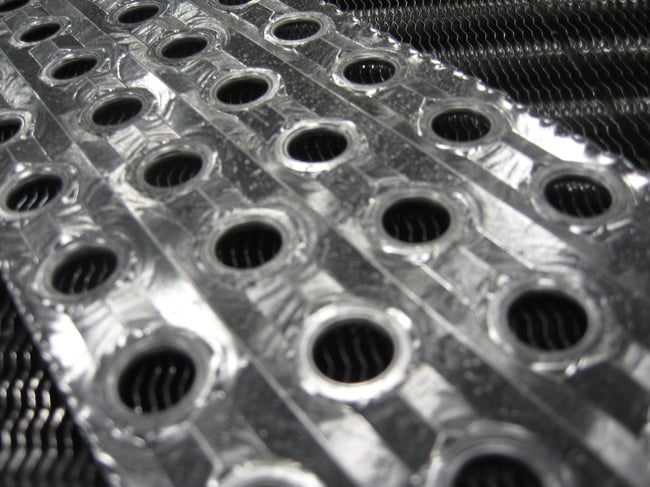 A corrugated fin has flat plate sections with lateral sides facing each other and end sides facing each other with joining sections connecting with lateral sides of the flat plate sections. The pattern on a corrugated fin looks like a zigzag line or repeating “w” when viewed from the side. This washboard-like configuration enhances heat transfer performance and increases air friction.

Fin damage can be combed out fairly easy with a fin comb. For applications that require a heavier duty fin pack, higher fins per inch (FPI) or gauges is recommended. 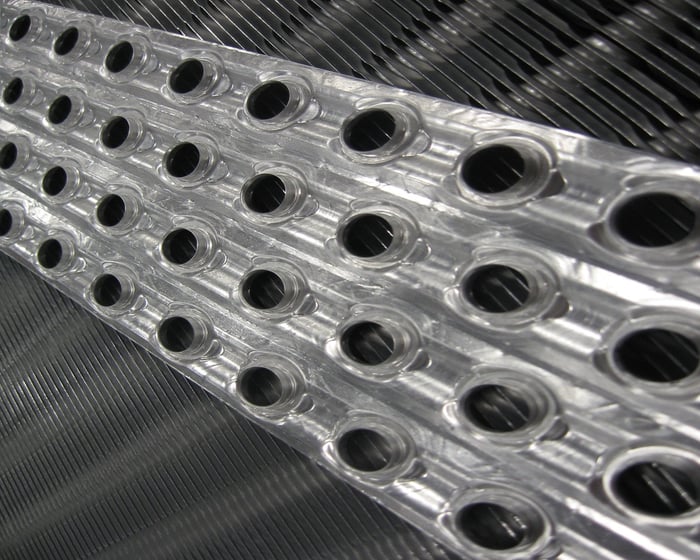 Like their corrugated counterparts, sine waves suffer from below average durability, which can be remediated using higher fin densities and thicker fin gauges.

Flat fins are just that – flat, with no patterns or enhancements. Flat fins have the lowest levels of friction loss of the fin types detailed in this post. However, that lack of enhancement also means the air lacks turbulence resulting in relatively lower heat transfer performance. Flat fins are used where there is a particular sensitivity to airside pressure drop and turbulent air.

The major benefit of using flat fins is that they’re the easiest type of fin to clean and less prone to fouling due to their lack of grooves, notches, ridges, or other potential fouling hazards. While less rigid and therefore more susceptible to damage, flat fins that incur damage can be easily straightened using a fin comb. 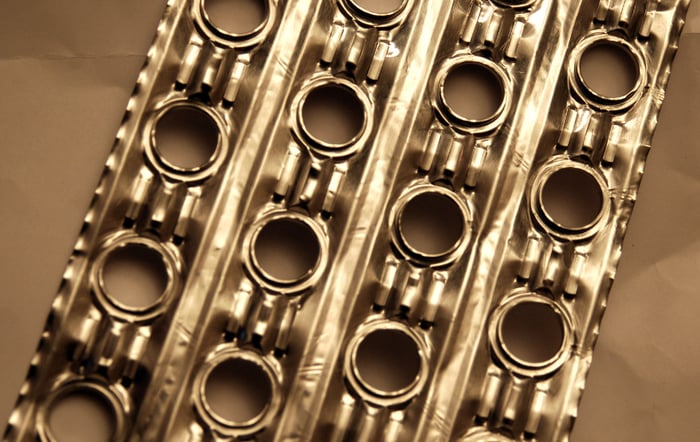 Raised lance fins provide the best heat transfer performance of the fin enhancements covered in this post, but they also create the highest airside pressure drop. Raised lance fins are successfully used for applications like evaporators and data center cooling.

Raised lance fins have a pattern of short strips of the original fin material that are cut and raised above the fin’s surface. This enhancement allows air to flow through the fin as well as around it, which works to increase air turbulence. 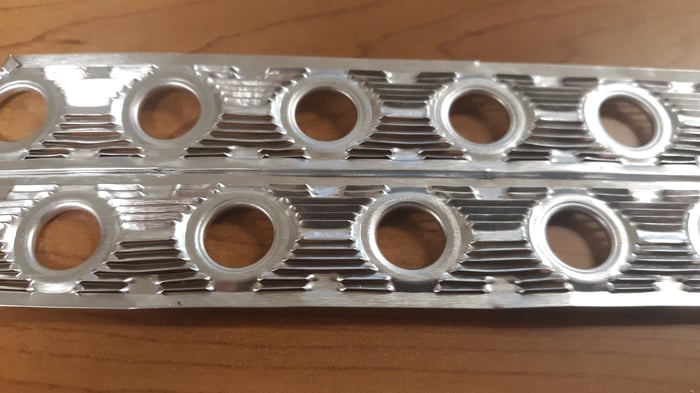 Louvered fins have sets of notches made in a common orientation, which are designed to unidirectionally increase air’s turbidity. Increasing the severity of the louvers’ angles increase heat transfer performance up to a certain point, at which the effectiveness will start to decrease.

One interesting trait about louvered fins that’s important to know is their directional nature. Not unlike shark skin, where contact in one direction is smooth and the opposite direction is coarse and sharp, the directions of the louvers must be accounted for, as incorrect directionality will rob performance rather than increase it.