It was long thought that a spiral fin design was the only option for use in environments that demanded heavy materials, long life span, and overall sturdiness. Plate fin coils were thought to be too fragile for the rigors of many industrial applications. But over the last few decades, it's become more common to see plate fin style heat exchangers used for a bevy in industrial applications.

In this post, we’ll be discussing both types of heat exchangers - some details of how they’re constructed, and the advantages of each. 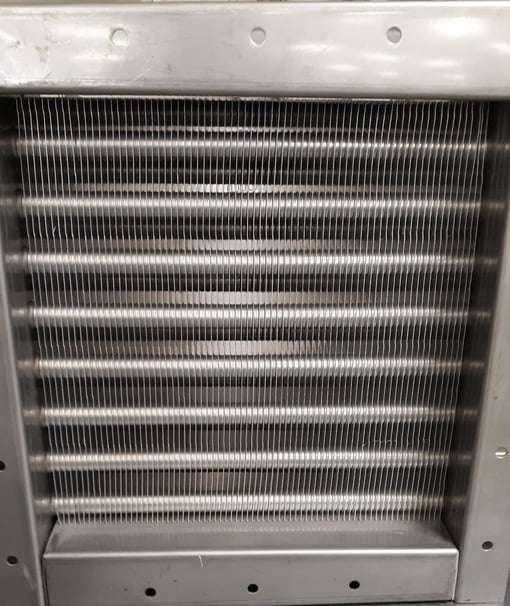 In a plate fin heat exchanger, tubes are inserted through a series of metallic “fins.” These fins are made using a continuous roll of (0.004” to 0.032”) metal – copper or aluminum, for example – which is fed through a press that punches holes for tubes and cuts the sheet to size. To accomplish this, presses use several different types of dies, which allow for variable configurations of fins per inch (FPI), tube to tube spacing and tube diameter.

Then, tubes are inserted through the fins. Next, the tubes are expanded to form a secure bond within the fin pack to maximize heat transfer between tubes and fins. This can be accomplished through either a mechanical process or by using pressurized water.

3. Heat transfer performance: Plate fin coils could provide a better heat transfer coefficient on the air side than that provided by spiral wrapped fins because of the larger secondary surface area, meaning that energy is transferred through the coil more efficiently. 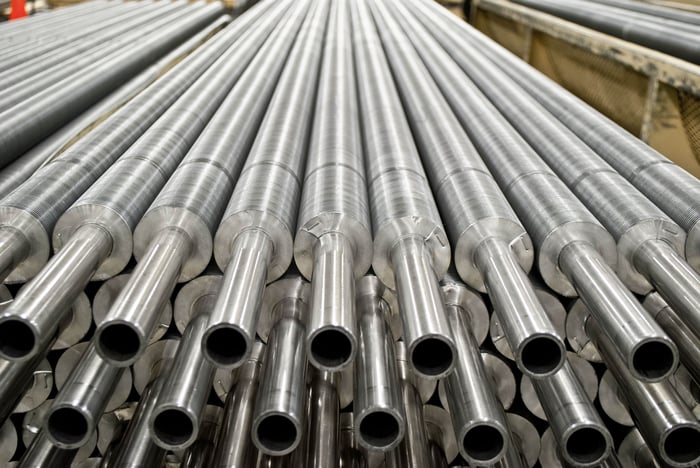 3. More material options at high temperatures: For application that involve air temperatures between 400 and 700° F, spiral wrapped fins made from aluminum and steel are feasible, whereas plate fin coils must be made using steel fins and tubes when operating at such temperatures.